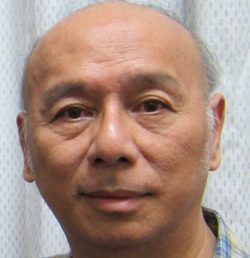 Outline of Romans 9
vv. 1-5 – Paul expressed his grief over the unbelief of the nation of Israel.
vv. 6-9 – Main theme. God’s selection or election of his people from within ethnic Israel originates from God’s sovereign grace.
vv. 14-18 – Answer to objection that predestination makes God unjust.
vv. 19-29 – Answer the objection that predestination makes personal responsibility irrelevant.

Verses 10-13: when Rebekah had conceived children by one man, our forefather Isaac, though they were not yet born and had done nothing either good or bad—in order that God’s purpose of election might continue, not because of works but because of him who calls – she was told, “The older will serve the younger. As it is written, “Jacob I loved, but Esau I hated.”

Paul’s use of the word “election” to characterize this plan reflects his purpose in this part of Rom. 9: to demonstrate that God’s plan has unfolded in the OT by a series of free “choices” that he has made. Isaac was chosen; Ishmael was not. Jacob was chosen; Esau was not… If God’s plan depended on the vagaries of sinful human beings for its continuance, then, indeed, God’s “word” would have fallen to the ground long ago (see v. 6a). But God’s purpose in history is fulfilled because he himself “elects” people to be part of that purpose…God’s choice of Jacob over Esau came before either had “done anything good or evil”; therefore, Paul now concludes, this choice must not have been based on works but on God’s call. ( pp. 601-602)

[Verse 13: Paul’s quotation of Mal. 1:2-3 where “Jacob” can refer to the nation of Israel. In the same way, Esau gives his name to the people of Edom who are his descendants].

Advocates of the corporate interpretation of these verses make a strong case. In the OT God’s election is primarily his “calling out” of a people “for his own name”: Israel. And, as the OT itself makes clear, this election of a people does not in itself guarantee eternal life for every Israelite person. We would expect Paul to be thinking of “election” here in the same terms, an expectation that seems to be confirmed by the OT texts that Paul quotes. Nevertheless, for all its strong points, I think that a corporate and salvation-historical interpretation of vv. 10–13 does not ultimately satisfy the data of the text. In addition to the general points I made in the introduction to this section, the following points are especially relevant to vv. 10–13.

First, Paul suggests that he is thinking of Jacob and Esau as individuals in vv. 10b–11a when he mentions their conception, birth, and “works”—language that is not easily applied to nations.

Second, several of Paul’s key words and phrases in this passage are words he generally uses elsewhere with reference to the attaining of salvation; and, significantly, they occur with this sense in texts closely related to this one: “election” (see esp. 11:5, 7); “call” (see esp. 8:28); and “[not] of works” (see esp. Rom. 4:2–8 and 11:6). These words are therefore difficult to apply to nations or peoples, for Paul clearly does not believe that peoples or nations—not even Israel—are chosen and called by God for salvation in the sense Paul is using the word.

Third, as we noted earlier (see the introduction to 9:6b–13), a description here of how God calls nations to participate in the historical manifestation of his salvific acts runs counter to Paul’s purpose in this paragraph. In order to justify his assertion in v. 6b that not all those who belong to “physical” Israel belong also to “spiritual” Israel, and thus to vindicate God’s faithfulness (v. 6a), he must show that the OT justifies a discrimination within physical Israel in terms of the enjoyment of salvation. An assertion in these verses to the effect that God has “chosen” Israel rather than Edom for a positive role in the unfolding of the plan of salvation would not contribute to this argument at all.

For these reasons I believe that Paul is thinking mainly of Jacob and Esau as individuals rather than as nations and in terms of their own personal relationship to the promise of God rather than of their roles in carrying out God’s plan. The nations denoted by these names, we must remember, have come into existence in and through the individuals who first bore those names. In a context in which Paul begins speaking rather clearly about the individuals rather than the nations, we should not be surprised that he would apply a text that spoke of the nations to the individuals who founded and, in a sense “embodied” them. It is not the issue of how God uses different individuals or nations in accomplishing his purposes that is Paul’s concern, but which individuals, and on what basis, belong to God’s covenant people. This matter of “belonging to God’s covenant people” is the bridge that connects Paul’s appeal to the patriarchs to his own concerns. Paul appeals to OT history to establish a principle about the way in which God brings into being his own people. What it means to belong to the New Covenant people may not be exactly the same as what it means to belong to the Old Covenant people. But he is arguing that God in his own day is bringing into being a covenant people in the same way that he did in the days of the patriarchs: by choosing some and rejecting others. So, Paul will make clear later in this text, some Jews are called by God to be part of his people (vv. 24–29), while others have, for the time being at least, been rejected.

This brings us back to our original question: What does Paul mean by asserting that God “loved” Jacob but “hated” [Gk. ἐμίσησα.] Esau? The connection of this quotation with v. 12 suggests that God’s love is the same as his election: God chose Jacob to inherit the blessings promised first to Abraham. God’s “hatred” of Esau is more difficult to interpret because Paul does not furnish us at this point with contextual clues. Some understand Paul to mean only that God loved Esau less than he loved Jacob. He blessed both, but Jacob was used in a more positive and basic way in the furtherance of God’s plans. But a better approach is to define “hatred” here by its opposite, “love.” If God’s love of Jacob consists in his choosing Jacob to be the “seed” who would inherit the blessings promised to Abraham, then God’s hatred of Esau is best understood to refer to God’s decision not to bestow this privilege on Esau. It might best be translated “reject.” “Love” and “hate” are not here, then, emotions that God feels but actions that he carries out. In an apparent paradox that troubles Paul (cf. 9:14 and 19 following) as well as many Christians, God loves “the whole world” at the same time as he withholds his love in action, or election, from some.

…I have argued that this passage gives strong exegetical support to a traditional Calvinistic interpretation of God’s election: God chooses those who will be saved on the basis of his own will and not on the basis of anything—works or faith, whether foreseen or not—in those human beings so chosen. Attempts to avoid this theological conclusion, whether by leaving room for human faith in v. 12 or by restricting the issue to the roles of nations in salvation history, are, I think, unsuccessful… any basis for God’s election outside God himself defies both the language and the logic of what Paul has written. The only logical possibility, then, would seem to be to reverse the relationship between God’s choosing and faith; as Augustine stated it: “God does not choose us because we believe, but that we may believe.” This way of putting the matter seems generally to be justified by this passage and by the teaching of Scripture elsewhere. But it comes perilously close to trivializing human faith: something that many texts in Romans and in the rest of the NT simply will not allow us to do. We need, perhaps, to be more cautious in our formulations and to insist on the absolute cruciality and meaningfulness of the human decision to believe at the same time as we rightly make God’s choosing of us ultimately basic. Such a double emphasis may strain the boundaries of logic (it does not, I trust, break them!) or remain unsatisfyingly complex, but it may have the virtue of reflecting Scripture’s own balanced perspective. (pp. 605-607)

This article was originally published here and has been republished with permission of the author.

Ng Kam Weng is the research director of the Kairos Research Centre in Petaling Jaya, Malaysia and writes the blogs Krisis & Praxis and Religious Liberty Watch. Weng is also affiliated with the Ethos Institute for Public Christianity. Previously, he had been a fellow at the Oxford Centre for Mission Studies and a member of the Center for Theological Inquiry at Princeton University. From 1989 to 1992 he taught at the Malaysia Bible Seminary Graduate School. He has a Ph.D. from Cambridge University.

Pragmatism and Church Growth: Why It is Bad

“You quit law to become a church intern? Are you crazy?”

Whenever people asked "You're gifted in Bible teaching, why not consider full-time gospel ministry?" I would quickly dismiss it (and at times even felt annoyed). I thought, “I’ve been serving God in the marketplace and in church. Why should I give up being a lawyer? I have the best of both worlds!”