Counting Converts or counting the cost? 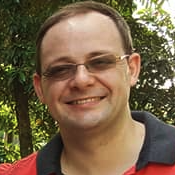 Jimmy was speechless. He couldn’t believe his father’s words. He had never seen his father pray, even at the table before dinner. They’d never gone to church on Sunday as a family. The only time he’d heard the name of Christ exclaimed in his house was when his father was in a really bad mood. Now his father was confessing to be a Christian? Jimmy decided to dig a bit deeper. Soon he discovered that his father had reluctantly attended a Christian rally many years back. The speaker had shouted, “Do you want to be saved? Then just raise your hand and say it with me, ‘I want to be a Christian!’” And that’s what Jimmy’s father had done: raised his hand and made his confession. But after going home that day, nothing in his life changed since…

This may be a fictional story, but sadly its theme has rung true at many times and in many places over the years. Millions have been called to put their trust in Christ, but with little explanation of what following Christ actually means. Of course, it is wonderful that all over the world people are being called to know Christ, receive forgiveness, and enter a restored relationship with God. But those who seek to make Christ known through their preaching, have a duty to ensure that those who sit under them understand what turning to Christ really means.

Certainly, we know that fundamentally our salvation before God rests entirely on the merits of Christ’s atoning work completed once for all on the cross. Without hesitation, we must affirm that salvation is received by faith alone as a gift of God’s grace alone, not through human works. Yet, equally we must confess, as the famous reformer Martin Luther once did, that yes we are saved by faith alone but the faith that saves is never alone! God certainly does meet us where we are in our mess of sin, but he has no intention of leaving us in that hopeless state.

Hence, in the great commission Jesus himself commands us to go and make disciples of all nations, not merely count the converts. Yet, one of the most common and disturbing aspects of modern-day evangelistic endeavors is the lack of concern to inform the inquirer of the real cost of receiving Christ as Lord. Jesus clearly warned the crowds that followed him of the cost of discipleship.

Whoever does not bear his own cross and come after me cannot be my disciple. For which of you, desiring to build a tower, does not first sit down and count the cost, whether he has enough to complete it?

Following Jesus brings life beyond measure, but it does come at a real cost. As we continue to persevere in our fallen world, we will be beset by temptations and trials that would seek to deter us from knowing, trusting and obeying our risen king. There is a constant pull from the world to return to living for the immediate and temporary comforts of this world, which are perishing and passing away. Thus, the healthy conviction of the apostle Paul was to proclaim not himself but Jesus Christ as Lord (2 Corinthians 4:5). That meant declaring Christ as God’s risen king who has not only won our salvation but was also exalted to the highest place as Lord over every aspect of our lives. This is the gospel which is God’s power to save. This is the gospel that our fellow Malaysians need to hear; that Christ is our true hope for life but that is he our true king for life none the less.

Thus, in our evangelism we must take care that we not only preach Christ as the Saviour who brings eternal life for all who trust him. We must also preach Christ as Lord, and the need for us all to turn to him as King in repentance. After all that was the response Jesus himself called for in his own preaching: “The time is fulfilled, and the kingdom of God is at hand; repent and believe in the gospel” (Mark 1:15). If we truly know Christ and belong to his kingdom, our faith will be shown true by our steady growth in holiness without which no one will see the Lord (Hebrews 12:14).

Given this concern, that our hearers are truly prepared for the cost of knowing and following Christ as Lord, Christianity Explored Ministries ends its seven-week course in Mark’s gospel with the session, “Come and Die”. It is a striking title, demanding a radical response, as confronting now it was when first issued by Jesus to his first disciples: “if anyone would come after me let him deny himself, take up his cross and follow me” (Mark 8:34). But it is no labour of love to neglect this essential truth for the sake of a better reception from those we seek to reach. We are called to make disciples, not mere converts: disciples who will delight to know and rejoice in Christ whatever trials and temptations might meet them tomorrow; disciples who will persevere with Christ; disciples who will hear those blessed words on the final day, “well done good and faithful servant…enter into the joy of your master” (Matthew 25:21).

Having served as an ordained Anglican minister in the Diocese of West Malaysia for several years, Tim Philips is the first National Director for Christianity Explored Malaysia. He is passionate about seeing the local church equipped to minister the gospel to every people, tribe and tongue. Tim grew up in the UK, but now lives in Kuala Lumpur with his Malaysian wife Melissa and their three children.

Witnessing Christ through Sorrow and Pain

As an apologist, questions of pain and suffering are among the toughest I have attempted to address. It is one thing to respond to an atheist making an argument like the one commonly attributed to the Greek philosopher, Epicurus: "Is God willing to prevent evil, but not able? Then he is not omnipotent. Is he able, but not willing?...